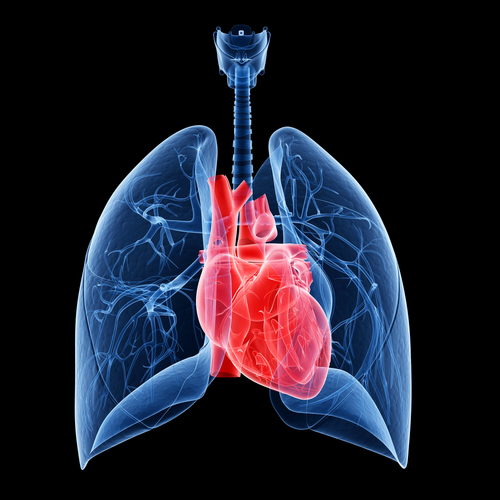 The five-year survival rate for Canadians with cystic fibrosis who have received a lung transplant is 67% and half of those who have had transplants live beyond 10 years, new research has found.

The encouraging statistics were published today in the Journal of Heart Lung Transplantation by Dr. Anne Stephenson MD, PhD, of the Adult CF Program, at St. Michael’s Hospital, in Toronto, Ontario St. Michael’s Hospital. In a release, Dr. Stephenson says this was the first time anyone had used the Canadian Cystic Fibrosis Registry, of which she is the director, to examine outcomes following lung transplantation at a national level in Canada. Previous studies have reported outcomes at single transplant sites.

The paper, entitled “Clinical and demographic factors associated with post–lung transplantation survival in individuals with cystic fibrosis“ (The Journal of Heart and Lung Transplantation, 2015; DOI: 10.1016/j.healun.2015.05.003)is coauthored by Dr. Stephenson with Jenna Sykes, MMath, Yves Berthiaume, MD, Lianne G. Singer, MD, Shawn D. Aaron, MD, George A. Whitmore, PhD, and Sanja Stanojevic, PhD, who note that contemporary studies evaluating post-transplant survival are limited and often include data from single centers or selected sub-groups. They explain that the purpose of this study was to evaluate overall transplant survival and identify risk factors associated with death after transplant.

Dr. Stephenson found a patient’s age at the time of the transplant was a significant predictor of survival. Pancreatic sufficiency and age at transplant such that youngest and oldest had the poorest survival were significant negative predictors of survival. The youngest and oldest patients had poorer survival rates compared to those in the middle age-range. In the first 10 years after transplant, survival rates were similar between those under and over age 18 years, but if someone survived beyond 10 years, there was a four-fold increase in risk of death for those under 18 years of age. The risk of death after transplant for patients infected with B cepacia was highest within the first year, but remained elevated >1 year after transplant compared with patients without B cepacia infection.

“People think when you have cystic fibrosis and need a transplant it’s a death sentence,” observes Dr. Stephenson. “But our paper shows that one-, three-, and five-year survival rates following lung transplantation are really quite high.” Cystic fibrosis is a rare, genetic, life-shortening chronic disease that that affects the lungs and digestive systems. Approximately 30,000 Americans are living with CF, and it is the most common fatal genetic disorder affecting Canadian children and young adults. In persons with CF a defective gene and its protein product cause the body to produce unusually thick, sticky mucus that clogs the lungs and leads to life-threatening lung infections, obstructs the pancreas, and stops natural enzymes from helping the body break down and absorb food. Patients with CF typically live only into their mid-20s, but that metric has been improving with greater understanding of the disease and development of better treatments, and a trend toward improved survival in more recent decades as persons who received transplants in 2000 or later were 23 per cent less likely to die compared to those transplanted before 2000.

The Journal of Heart and Lung Transplantation paper is the second piece of good news for cystic fibrosis patients Dr. Stephenson has published recently. In November, a paper she published in the European Respiratory Journal showed that Canadians with cystic fibrosis are living almost 20 years longer than they did two decades ago.

The median survival age was 49.7 years in 2012, up from 31.9 years in 1990. Since the paper was written, Dr. Stephenson has updated the median survival age to include Cystic Fibrosis Canada data from 2013 and reported the median age of survival has in fact reached 50.9 years. She says there are few therapies that can impact survival as dramatically as lung transplantation, which has likely contributed to the increasing survival in Canadians with CF. However, even lung transplants are not a cure for CF because the defective gene that causes the disease is found in all the cells of the body, with the exception of the newly transplanted lungs.

This study received funding from the Canadian Institutes of Health Research.

St. Michael’s Hospital is dedicated to providing compassionate care to all who enter its doors, and also provides outstanding medical education to future health care professionals in 27 academic disciplines. Critical care and trauma, heart disease, neurosurgery, diabetes, cancer care, care of the homeless and global health are among the hospital’s recognized areas of expertise. Through the Keenan Research Centre and the Li Ka Shing International Healthcare Education Centre, which make up the Li Ka Shing Knowledge Institute, research and education at St. Michael’s Hospital are recognized and make an impact around the world. Founded in 1892, the hospital is fully affiliated with the University of Toronto.