Regular use of antibiotics to treat persistent infections is linked with hypersensitivity reactions in individuals with cystic fibrosis (CF), a new study has found.

Specifically, “the risk is highly associated with the number of cumulative exposures to antibiotics and increasing age,” the researchers wrote. And intravenous, or into-the-vein, administration of antibiotic treatments was tied to a much higher percentage of hypersensitivity cases.

However, most cases involved mild to moderate skin reactions. Severe reactions, such as anaphylaxis, were rare.

The study, “Antibiotic hypersensitivity in cystic fibrosis – Low frequency of anaphylaxis over 16,000 courses,” was published in the British Journal of Clinical Pharmacology.

In the U.S., more than 140,000 visits to emergency departments occur annually due to adverse events related to antibiotics. Although hypersensitivity reactions are self-reported in adults and children, having a prevalence of nearly 10% in the general population, only a small minority of these cases are confirmed by allergy diagnostics.

People with CF are prone to infections with Pseudomonas aeruginosa — a type of bacteria commonly found in the environment — and often need 10- to 14-day intravenous treatment courses with antibiotics. Among antibiotics of choice are beta-lactams such as ceftazidime and piperacillin, aminoglycoside antibiotics including tobramycin, or polymyxin antibiotics such as colistimethate sodium.

However, CF patients are known to be susceptible to antibiotic hypersensitivity — though it is unclear how frequently such reactions occur and what are the factors increasing the risk.

Now, a team of scientists in Sweden led a retrospective study that addressed this knowledge gap. A total of 226 patients, comprising 100 children and 126 adults, participated. All were enrolled in the Swedish CF registry and were treated at the Stockholm CF Center between January 1999 and December 2018.

The rate of antibiotic hypersensitivity reactions was 31%, with 70 patients experiencing 131 reactions. A vast majority of cases (98%) were skin reactions — 30% itching, 23% skin eruptions or rashes, and 18% hives. Some patients experienced tingling sensations, and rare cases of nausea, vomiting, diarrhea, shortness of breath, coughing, dizziness, and low blood pressure also occurred. Three reactions (2.3% of 131) were potentially life-threatening and classified as anaphylaxis.

“The majority of DHR [drug hypersensitivity reactions] in the current study were limited to the skin, and the severity of reactions were mild to moderate. Notably, none of the patients in our cohort had a severe cutaneous [skin] adverse reaction,” the team wrote.

Also importantly, 79% of hypersensitivity reactions occurred after non-orally administered antibiotics, “indicating that this route of exposure or higher drug dosage may be associated with an increased risk for DHR,” the scientists wrote.

In 48% of cases, hypersensitivity reactions occurred between two and 10 days after the antibiotics were given, but in 28% of cases, the reactions happened occurred within the first hour of antibiotic injection. Other reactions (19%) occurred after one hour but before 24 hours of the first antibiotic dose.

Beta-lactam antibiotics were responsible for 71% of all reactions and 81% of non-oral courses.

Skin eruptions or rashes, angioedema (swelling under the skin), hives, itching, and flushing were the most common reactions to oral antibiotics. The researchers noted that no patients developed anaphylaxis after oral treatment.

Interestingly, intravenous antibiotics were almost six times more likely to cause hypersensitivity reactions than oral antibiotics. The number of antibiotic courses significantly predicted having these reactions, with patients taking the most courses displaying the greatest risk.

“In conclusion, our study demonstrates that patients with CF have an increased for DHR which is highly associated with the number of cumulative exposures to antibiotics. However, the severity of most reactions was mild and limited to skin, as anaphylaxis was rare,” the authors wrote.

Among study limitations, the team mentioned the lack of confirmatory allergy testing. However, two allergists independently re-evaluated the reported reactions and evaluated their likelihood of actually being hypersensitivity. 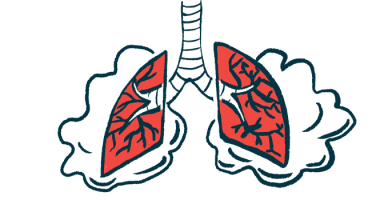