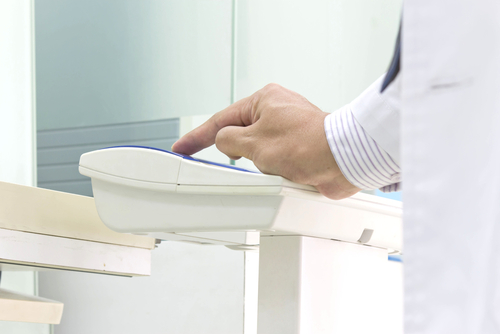 The importance of a balanced diet has been highlighted in treatment strategies for several diseases for improving prognoses in patients. The subject of diet and how it affects body composition in patients with cystic fibrosis (CF) is the focus of recent research on how a balanced diet can have a positive impact on quality of life and health, even with a serious disease such as CF.

CF is an autosomal (non-sex chromosome linked) recessive disorder with a defective mutation in the gene encoding for cystic fibrosis transmembrane conductance regulator (CFTR) protein, responsible for regulation of ion channels in the body and production of the immunoprotective mucus with watery consistency.

Lung infections and pulmonary diseases are the leading cause of mortality among CF patients. Some other fatal after-effects of these infections and diseases are malnutrition, increased excretion of sodium and chloride through sweat, pancreatic scarring, liver damage, and male infertility.

A great deal of research has been carried out by researchers on ways to improve pulmonary and respiratory health in CF patients, particularly the relationship between nutritional status and pulmonary function.

According to the guidelines on treatment and management of CF set by the Cystic Fibrosis Foundation, maintenance of a healthy Body-Mass Index as an indicator for a healthy nutritional status and fitness. However, Anthropometric and spirometric studies carried out on children (all aged between 5-21 years) with CF and pancreatic insufficiency (CF-PI) have shown that BMI might not be as effective as suggested, as it includes a measure of body fat as well, along with normal fat free mass (FFM), adjusted with height. This was proved when studies showed that children with a healthy BMI had persistently poor pulmonary function.

In this case, the lean body mass (LBM: the weight of the body mass excluding fat), or the body composition, was found to be a more decisive indicator of the nutritional status. As a measure of the LBM, the measurements of the mid-arm muscle circumference (MAMC) and tricep skinfold thickness (TST) were measured and significantly correlated with improved pulmonary function.

Proper nutrition and balanced diet include a healthy intake of the right proportions of proteins, vitamins and minerals, all of which are essential in proper functioning of the muscles and bones. Fat-rich diet hampers this balance. Also, an imbalance between protein synthesis and metabolism, creates catabolic stress which has negative effects on the body’s functionality. The cumulative effects of malnutrition include poor functionality and contractility of respiratory muscles and the diaphragm, damage to lung parenchyma and an overall poor respiratory health score. These were all correlated with a lower forced expiratory volume (FEV: the amount of air exhaled during a forced breath, indicating respiratory muscle health) in children with a low LBM (often with a healthy BMI) – those categorized as malnourished.

It is thus seen that determining the LBM and body composition could lead to therapeutic intervention much before the effects of malnutrition start showing in patients in terms of lower body weight and height. Hence, prior analysis of nutritional status and appropriate recommendations can be effective in a better prognosis and improved lifestyle of people affected with CF.

However, it should also be kept in mind that nutritional status is not the sole indicator of pulmonary health, and a strict adherence to medications and supportive therapies for improving respiratory health are equally important.