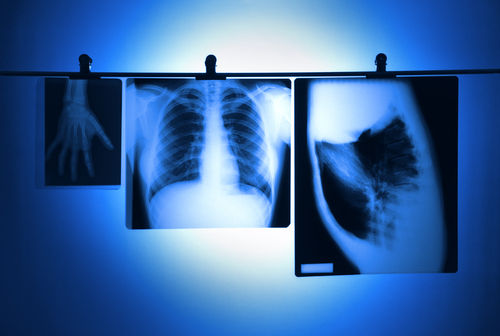 In the study, titled “Radiation dose from common radiological investigations and cumulative exposure in children with cystic fibrosis: an observational study from a single UK centre,” a research team highlights the importance of using up-to-date imaging technologies and optimizing CT chest scans “with regard to image quality and patient dose” so as to minimize exposure over time.

Guidelines in the U.K. and U.S. recommend that chest X-rays be performed annually, whether radiographs or CT scans, to monitor CF progression to best treat and control the disease and prevent or address opportunistic infections.

While newborn screenings have helped to reduce the need for radiological investigations in early childhood, increasing life expectancy also raises the risks associated with radiation in the long-term.

While a link between radiation exposure and cancer risk is not a given, “it would be remiss not to record the cumulative radiation dose to which patients with CF are exposed,” the team wrote.

Led by Francis Gilchrist, a lecturer and consultant in Pediatric Respiratory Medicine at Keele University and at University Hospitals of North Midlands NHS Trust, researchers collected information on radiation exposure — measured as estimated effective dose or EED — from a total of 2,827 evaluations performed on infants  to 18-year-olds at that North Midlands center since 2012. Evaluations include chest X-rays, chest CT scans, abdominal and pelvic CT scans, and sinus CT scans.

They found recent EED values were lower than those last reported in 1992, a drop they attributed to improved, up-to-date radiological techniques associated with lower radiation exposure. But the researchers observed that the dose used in CT scans increases with the age of a child, and exposure differs among CT scan type. EED variance was particularly evident in chest CT scans, commonly used on children age 5 or older at that site, with “EED from helical CT scans was three to five times higher than the dose from an axial CT scan,” the study reported.

Overall, the team found that a typical 18-year-old CF patient, examined with modern equipment, is exposed to a cumulative EED of about 3.5 mSv. Considering that each unit of mSv represents an 11% increased cancer risk for patients ages 0–18 years, this cumulative EED means an additional lifetime cancer risk of about 1 in 2,500.

“Pediatricians need to be well informed on radiation doses produced by imaging technologies,” the researchers concluded. “Even if all investigations were performed on modern radiological equipment, the cumulative radiation dose for children with CF remains substantial and every effort should be made to keep it to a minimum.”