Ethnicity May Influence Cystic Fibrosis Mortality Rate, According To Study CF is a rare, life-threatening genetic disease in which a defective gene (cystic fibrosis transmembrane conductance regulatory, CFTR) induces a salt imbalance, causing the body to form unusually thick, sticky mucus that can obstruct the airways and promote dangerous lung infections resulting in serious respiratory and also gastrointestinal manifestations. The majority of CF patients succumb to respiratory failure. There is no cure for the disease and it is estimated that almost 75,000 individuals worldwide suffer from CF, including 30,000 individuals in the United States.

Hispanic individuals are a population vulnerable to CF, with patients experiencing a higher prevalence of risk factors and worse health outcomes. In the United States, around 7% of the CF patients are Hispanic, with California having the largest proportion of Hispanic CF patients.

In this study, researchers assessed the differences in health outcomes including mortality rate between Hispanic and non-Hispanic CF patients. The team conducted a retrospective analysis on data from the CF Foundation patient registry regarding children who live in California who were diagnosed with CF between 1991 and 2010. In total, 1,719 California residents with CF were analyzed, from which 485 (28.2%) were self-identified as being of Hispanic ethnicity.

“We need to ask if the care model for patients with CF is working for this minority group,” said the study’s lead author Dr. MyMy C. Buu in a press release. “We want to make sure that what we are doing is not inadvertently causing disparities.”

The team found important clinical and social differences between the groups that may underlie this disparity in mortality rate. Genetic differences were found in the CFTR gene, where Hispanic patients had a tendency to have rare and poorly characterized mutations, while non-Hispanic patients had more common mutations that have been extensively studied in terms of phenotype but also therapeutic approaches.

“We are moving in the direction of gene-mutation-directed therapy,” noted Dr. Buu. “The CF research community is trying to understand these mutations, and those that are most frequent in the whole CF population are being studied first.” Hispanic patients who have rarer mutations might therefore be at disadvantage. “It will take longer to get to them, but there are efforts to understand all the mutations of the CFTR gene.”

Hispanic children were also found to have a worse lung function than non-Hispanic, and to suffer earlier in life from CF-related complications. Another difference reported by the team is the fact that in general, Hispanic patients lived in poorer neighborhoods and were therefore more likely to be covered by public health insurance than non-Hispanic patients.

“Given that CF is now identified shortly after birth through newborn screening in California, our study calls for an urgent need to identify the factors involved in this disparity,” noted the study’s co-senior author Dr. Carlos Milla. “This will be crucial to develop treatment regimens that guarantee that all children with CF can benefit from early diagnosis and the novel treatments being introduced.”

The team’s next goal is to determine the reason why Hispanic CF patients tend to have a poorer lung function and how could the onset of CF complications be delayed in Hispanic children. In addition, “We hope to create awareness of this disparity, and we hope that it is modifiable,” concluded Dr. Buu. 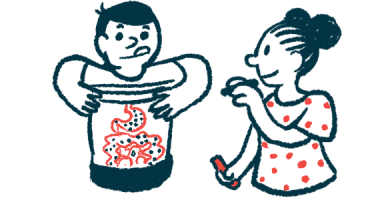