These promising results now need to be confirmed in animal models of CF before XL147, which had been evaluated in clinical trials as a potential treatment for some solid cancers, might be tested in patients.

CF is caused by mutations in the CFTR gene that result in the generation of a faulty CFTR protein. Since CFTR controls the flow of water and ions through cells, these mutations lead to the excessive production of mucus in organs like the lungs.

While approved CFTR modulators work to address specific defects in the CFTR protein, “a substantial treatment gap remains and many CF patients would benefit from improved corrector or other targeted therapies,” the researchers wrote.

Several approaches to correct the faulty CFTR protein resulting from the common F508del mutation have been identified in lab-grown cells. These include increasing the levels of microRNA-138 (miRNA-138) and reducing those of the SIN3A protein.

microRNAs are a class of RNA molecules that can regulate the activity of certain genes, and miRNA-138 was previously shown to increase CFTR levels by suppressing the production of a CFTR-repressor protein called SIN3A.

However, “translating these discoveries into therapies remains a challenge,” the researchers wrote, as the efficient delivery of microRNAs and RNA-based molecules that suppress the production of specific proteins to the airways “is difficult.”

A team of researchers in the U.S. set out to use the molecular signatures, or the resulting changes in gene activity, of such approaches to identify small molecules with therapeutic potential for F508del-related CF.

Such a treatment-finding strategy has “previously worked for other diseases, including muscle atrophy, inflammatory bowel disease, and various cancers,” the researchers wrote.

The LINCS screen identified 135 small molecules that mimicked the molecular changes observed with the rescue interventions, and tests in lab-grown airway cells with a F508del mutation showed that eight of them partly restored CFTR function.

Of these, XL147 was found not only to partly rescue CFTR function in lung cells from four CF patients with a F508del mutation in both CFTR gene copies, but also to boost by 56.5% the efficacy of C18, a compound similar to lumacaftor.

XL147, an orally available small molecule, has been investigated as a potential cancer treatment in several clinical trials for certain solid cancers, but it is not an approved therapy.

Further analyses revealed that XL147 significantly increased the activity of 464 genes and suppressed that of 169 genes — many of which contained the instructions to produce proteins of the large subunit of the ribosome, the cell’s protein-making machinery.

Suppression of several of these ribosomal-related proteins, including those part of a ribosomal structure called the stalk, resulted in the partial rescue of the F508del-CFTR protein in lab-grown airway cells.

These results are consistent with those of a previous study showing that blocking RPL12, a component of the ribosomal stalk, increased the function of the F508del-CFTR protein, reaching about 50% of normal levels when combined with lumacaftor.

The findings supported the hypothesis that XL147 could be rescuing the defects of the F508del-CFTR protein “through the silencing of ribosomal stalk proteins,” the researchers wrote, adding that “the relationship between CFTR [production] and the ribosomal stalk requires further investigation.”

Notably, both C18 and lumacaftor were found to significantly affect the activity of less than 10 genes in lab-grown airway cells, suggesting that unlike XL147, CFTR modulator compounds do not work primarily by regulating genes’ activity, but instead by binding to and correcting the faulty CFTR protein.

As such, these CFTR modulators “are excellent candidates for co-treatment with small molecules that act through a different mechanism,” such as XL147, the team wrote.

While more research is needed to assess the clinical utility of XL147 in F508del-related CF, this study supports “a [molecular] signature approach to identifying and repurposing [compounds] for the treatment of CF lung disease, while also providing lead compounds and genetic targets for the development of CF therapies,” the researchers concluded.

This work also highlights the feasibility of searching for small molecules that result in similar gene activity changes as those previously observed with approaches that — although showing considerable therapeutic potential — are difficult to translate into therapies, they noted. 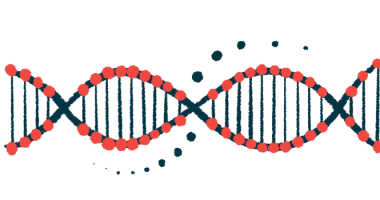