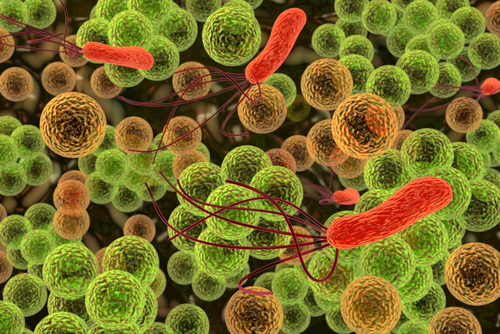 One of the major concerns of cystic fibrosis (CF) patients worldwide is their dangerous predisposition to lung infections. Because of difficult to manage mucous build-up in their airways, incidences of viral and bacterial respiratory infections can become life-threatening — especially if it is an overgrowth of Pseudomonas aeruginosa, a common but deadly, highly-resistant bacteria.

Clinical stage biotechnology company GlycoMimetics, Inc. develops drugs that mimic the molecular structure of carbohydrates involved in important biological processes. During the 28th Annual North American Cystic Fibrosis Conference (NACFC) on October 9-11, they will be presenting preclinical updates on GMI-1051, one of their leading candidates indicated for the treatment and prevention of Pseudomonas aeruginosa infections. The event will take place in the Georgia World Congress Center in Atlanta.

The poster presentation will revolve around GMI-1051’s ability to treat this bacterial infection, and will showcase the findings of several previously completed studies that sought to determine the drug’s amplifying effect on other antibacterial treatments. GMI-1051 is formulated to target specific virulence factors that determine the bacteria’s growth and resistance, and in studies that involved animal models, was able to enhance the host body’s immunity, clearance of the pathogen, and odds of survival compared to being treated solely with antibiotics.

The title of GlycoMimetics’ poster #354 is “Glycomimetic Antagonists of the Virulence Factors of P. aeruginosa (PA-IL and PA-IIL) Protect Innate Immune Cells and Increase the Efficacy of Antibiotic Treatment in a Chronic Lung Infection Model,” and will be displayed on the first day of the conference from 11:50 a.m. until 1:50 p.m. EST, and on the second day from 7:30 a.m. to 8:45 a.m.

The company’s Vice President and Chief Scientific Officer, John Magnani, Ph.D., believes that while it is infinitely necessary to devote research efforts to finding a cure for cystic fibrosis, it is also equally important to advance methods to either prevent or treat a presently incurable disease’s complications, such as these Pseudomonas aeruginosa infections that may cost a CF patient his life.

Another feared bacterial infection in cystic fibrosis cases is caused by Burkholderia cenocepacia. Earlier this year, a group of researchers from Ohio’s Nationwide Children’s Hospital announced an experimental immunotherapy that involves administering interferon gamma (IFN-γ) to stimulate autophagy in macrophages.