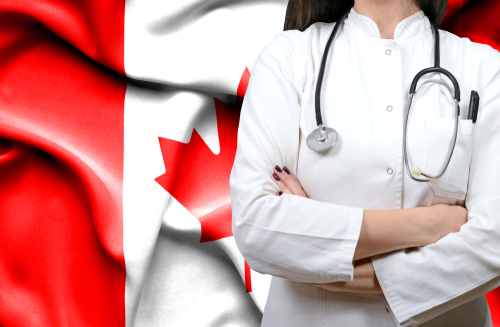 People ages 12 and older with cystic fibrosis (CF) who live in Canada can now be treated with Vertex Pharmaceuticals’ Symdeko (tezacaftor/ivacaftor and ivacaftor).

Defects in the CFTR gene are the underlying cause of cystic fibrosis.

“This approval is an important milestone in our journey to enhance and expand treatment options for people living with CF,” Reshma Kewalramani, MD, executive vice president and chief medical officer at Vertex, said in a press release. “We have made rapid progress in developing multiple new medicines over the last year, and will continue to relentlessly invest in our science to treat the underlying cause of CF.”

Symdeko is a combination of tezacaftor (VX-661) and ivacaftor (sold under the brand name Kalydeco). This combination therapy was designed to resolve the impaired activity of CFTR protein caused by several genetic mutations linked to cystic fibrosis.

In February 2018 the U.S. Food and Drug Administration approved Symdeko for use in patients ages 12 and older who have two copies of the F508del mutation, or who have at least one mutation in the CF gene that is responsive to the treatment.

Currently, the European Medicines Agency (EMA) is evaluating Vertex’s Marketing Authorization Application for Symdeko, which is expected to be approved in the second half of 2018.

The most recent positive decision of Health Canada was supported by clinical data from the EVOLVE (NCT02347657) and EXPAND (NCT02392234) Phase 3 trials. The studies enrolled a total of 744 people with CF ages 12 and older who had two copies of the F508del mutation, or who had one F508del mutation and a second mutation predicted to be responsive to the combo therapy.

Data from both Phase 3 studies demonstrated that patients who were treated with Symdeko experienced clinically meaningful improvements in lung function compared to Kalydeco alone,  evaluated by absolute change from baseline in percent predicted forced expiratory volume in one second (ppFEV1).

Also, patients in the EVOLVE trial treated with the combo therapy had a 35 percent reduction in the annualized rate of pulmonary exacerbations compared to those in the placebo group.

The participants who completed any of the pivotal Phase 3 studies had the opportunity to continue treatment with Symdeko in the 96-week open-label EXTEND Phase 3 (NCT02565914) rollover study.

Interim analyses of the of EXTEND trial were presented during the 41st European Cystic Fibrosis Society (ECFS) Conference held in June in Belgrade, Serbia.

The safety profile was consistent with that observed in the EVOLVE and EXPAND studies, and effectiveness measured as improvements in lung function were also maintained up to 48 weeks.

“Ever since the discovery of the CF gene in Canada, the CF community has been hoping for a therapy that targets the root of the disease,” said Elizabeth Tullis, MD, Fellow of the Royal College of Physicians of Canada and director of the Toronto Adult Cystic Fibrosis Clinic at St. Michael’s Hospital.

“The approval of Symdeko brings great hope to people with CF and their families, and provides a new therapy for almost 50 percent of Canadians living with CF,” she added.