Ontario Expands Trikafta Coverage to Patients as Young as 6 Years The government of Ontario has expanded coverage of Vertex Pharmaceuticals’ triple-combination treatment Trikafta for children, 6 and older, with cystic fibrosis (CF) and at least one copy of the most common CF-causing mutation, called F508del.

The announcement comes a few months after Health Canada expanded Trikafta’s previous label, which covered CF patients ages 12 and up with the F508del mutation.

“Expanding coverage will ensure that more children with cystic fibrosis will be able to benefit from this innovative, lifechanging treatment sooner,” Sylvia Jones, Ontario’s deputy premier and health minister, said in a government press release.

“Providing patients with more options for treatment is another step in our government’s work to build a stronger health care system for all Ontarians,” Jones added.

Ontario, with an estimated 1,500 CF patients, was one of the first Canadian provinces to provide coverage of Trikafta after it was initially approved in 2021. However, at the time, the province implemented eligibility criteria that were considered “overly restrictive” by Cystic Fibrosis Canada. Among them was a recommendation that treatment be started only in individuals whose lung function was less than 90% of predicted capacity, which excluded about one quarter of CF patients in Canada. In addition to expanding coverage for younger patients, Ontario has now also removed this restriction.

“This is a day that our community has fought long and hard for,” John Wallenburg, PhD, chief scientific officer of Cystic Fibrosis Canada, said in a press release from the organization.

“We are pleased with Ontario’s decision to expand access and remove the overly restrictive start criteria, this will change the trajectory of the disease, and the future, for many children and adults in Ontario who live with cystic fibrosis,” Wallenburg added.

The restrictive criteria had been implemented based on recommendations from the Canadian Agency for Drugs and Technologies in Health (CADTH), an independent agency tasked with helping interpret medical information for decision-makers in Canada. The agency recently updated its recommendation, supporting coverage without the restrictions for all patients, 6 and older.

A similar agency in Quebec, the Institut national d’excellence en santé et en services sociaux, had issued comparable recommendations in 2021 when Trikafta was first approved in the country. The agency is currently reviewing Trikafta following the expanded approval for younger patients, with its recommendation expected this fall after pandemic-related delays.

Besides Ontario, the government of Alberta also recently expanded Trikafta’s coverage to include children as young as 6.

Cystic Fibrosis Canada is asking private insurers to fund Trikafta for their plan members who need it.

CF is caused by mutations in the CFTR gene that impair the functionality of the resulting CFTR protein. Trikafta is a triple-combination therapy containing three CFTR modulators, or medications that help to correct CFTR’s function in individuals with specific disease-causing mutations, including the F508del mutation that is present in about nine in 10 CF patients.

“We call on the remaining provinces and territories to move swiftly to cover [Trikafta] for those aged six and older and for other jurisdictions that have implemented restrictive start criterion, to fund the drug under CADTH’s new guidance,” Wallenburg said. 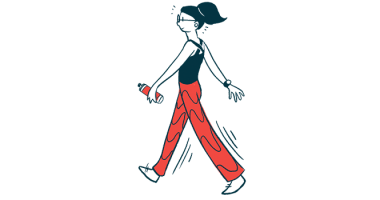